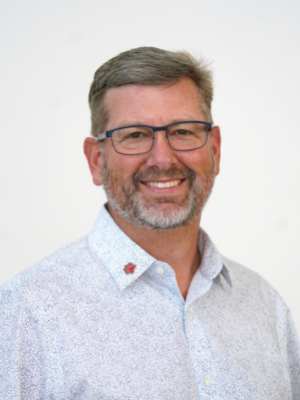 Joseph Pickett recalls being a young child who loved playing with wooden blocks, mirroring his father who founded and managed a construction company, Pickett & Sons Construction, Inc, with his brothers and father,. Joseph Pickett, now president of the family business, said, “In the third grade, I said I wanted to be a builder like my dad. I went to Bullard High School and did four years of drafting classes so when I went to college, I had some background in what we were doing there. My path was pretty much always that I was going to be in construction.”

When the company was founded in the early 1970s, its focus was the construction of custom homes. But in 1979, Pickett’s father became sole owner of the business and ventured into commercial remodels, leading Pickett & Sons Construction, Inc. to manage the projects of large retail stores and shopping centers.

Pickett began working for the family business part-time in 1984 and officially joined full-time after graduating from Fresno State with his degree in construction management in 1994.

“I started out as an estimator, getting bids from subcontractors, assembling them and then — in our company we don’t pass along the project, so that then equated to having someone helping me with running the projects. I was definitely not working on the top projects that the company had at the time, but I was able to learn from some of the other people in the company and start understanding how some of our inefficiencies were costing us, and we worked together to implement processes that I had learned at Fresno State that could help streamline our business.”

“I was working under my dad, and he was a great mentor. He taught me a lot of things…we would implement some things, we argued about some things. I wouldn’t say the path was straight, but he knew I was going to take over and he made sure that I had the tools to do it.”

Pickett purchased the company from his father in 2006.

Pickett & Sons Construction, Inc. has been recognized multiple times for its work. In 2009 the business was honored by the Fresno Business Journal for its role in the construction of Walgreens store located at Blackstone and Clinton avenues in Fresno. Pickett & Sons Construction, Inc. was also a finalist for the Family Business Institute’s Outstanding Family Business Award in 2009, for demonstrating that family businesses “nurture, support and benefit the entire Valley community.”

While acting as president of Pickett & Sons Construction, Inc., Pickett has also stayed connected to and involved with Fresno State. He has served as a member of the Construction Management Advisory Board in the Lyles College of Engineering since 1994, currently acting as chair of the board for the second time. He also serves on the Lyles College of Engineering Advisory Board.

“It became my passion to help other students getting through construction management at Fresno State. I go whenever they need someone to judge competitions, listen to presentations. I love to do that — I love to hear the students. I love to gauge how they're doing with their classes, and then on the backside I go back to the professors, and I say ‘hey, we need to shore this up, or we need to focus on this a little bit better.’”

Pickett has personally mentored students, even offering them internships. He has also been very active in supporting student scholarships, leading the way to create an endowed scholarship, the Pickett Family Endowed Scholarship and spearheading the creation and initial funding for the Construction Management Excellence Fund.

“We see that there’s a lot of pressures externally on students to survive while they’re going to class, and the goal is to create a fund where we can take some of the pressure off or, hopefully, alleviate the pressure for at least one or two students every semester…we’re just doing our part, a little bit every year, and eventually it’s going to grow into something that means a lot.”