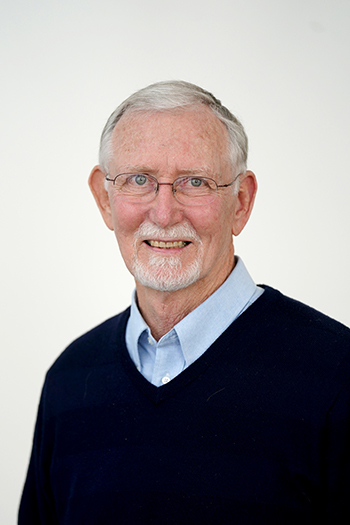 Before becoming an entomologist, Walter Bentley was a kid on his family’s farm outside of Stockton, fascinated by bugs.

“I was raised on a walnut, cherry and cling peach farm. We had about 140 acres planted to those crops,” Bentley said. With the exception of clingstone peaches, these crops provided a relatively reliable income. “When I was a junior in high school we decided to plant 40 acres of tomatoes on land we rented. At that time farmers were just moving to transplanting seedlings instead of planting the crop by seed.

“We purchased seedling tomatoes from Southern California, and it just so happens that the plants were all infested with tomato pinworms, a pest that was not found in San Joaquin County. Because of that infestation we were unable to sell a single tomato from that planting. The loss of income after incurring cost to purchase plants and grow the crop was a big hit to take.”

The infestation hurt Bentley’s family financially, and seeing that pain motivated Bentley to study agriculture and entomology at Fresno State. He was the first in his family to go to college and he wanted to gain knowledge he could take back to the farming community, to keep others from experiencing a similar fate his family had faced.

While at Fresno State, Bentley was a member of Alpha Gamma Rho and Alpha Zeta fraternities. He graduated in 1969. The country was in the middle of the Vietnam War and he was drafted into the Army. Because of his experience working at the UC Mosquito Research and Control lab in Fresno as a student, Bentley was sent to work in the Entomology Department of the Fourth Army Medical Lab in San Antonio after basic training.

“Dr. Don Burdick of Fresno State recommended me for that job. Little did I know the impact my civilian job would have on my work in the Army.”

Bentley went to graduate school after completing his service in the Army. While he was a graduate student, he witnessed the creation of the Environmental Protection Agency just after the publication of “Silent Spring” by Rachel Carson, a book documenting the negative effects of pesticides on the environment. Bentley graduated with his master’s degree in entomology from Colorado State in 1974, and the changing public-consciousness around the environment had a heavy influence on his career path.

He became a entomologist at the Colorado Department of Agriculture, where he worked to help replace the use of pesticides like DDT and lead arsenate that cause long-term adverse effects on the environment, with a non-harmful biological control approach utilizing inundative releases of Macrocentrus ancylivorus, a parasite of oriental fruit moth. “Those are the types of things that began to change in the early 1970s,” he said. “We began to move away from just spraying … it became important to clearly identify the pest, determine the population level, through monitoring, that causes damage, and, if you need to intervene, choosing the proper approach.” That became known as Integrated Pest Management.

Bentley moved back to California in the late 1970s and worked as an entomology farm advisor in Kern County, specializing in pest problems in permanent crops such as almond, apple, peach and grape. He has been an integrated pest management entomologist with the University of California Kearney Agricultural Center since 1994. Bentley, along with many others, also implemented a program utilizing the synthesized insect pheromone for Oriental fruit moth to help keep male oriental fruit moths from finding females and thereby impacting reproduction. This approach was non-toxic to humans, birds and fish. It also resulted in no insecticide residue on the fruit.

Over the course of his career, Bentley has remained a strong presence at Fresno State. He served as an advisory board member to the Plant Science Department and was a member of the Ag One Foundation board for six years. He also lectured in viticulture and plant science classes during his time at the Kearney Research Center.

He also has presented research across the globe and volunteered through the United States Agency for International Development to help farmers in Kosovo, Guatemala and Chile. He has been invited to present information to farmers in New Zealand, Canada and Spain.

“The Kosovo and Guatemala trips were to provide expertise on pest and disease identification and management for struggling tree fruit farmers,” Bentley said. “The purpose of the New Zealand trip was to work with their extension service and grape farmers in the Napier area to provide information on management of an insect, [the] vine mealybug. Dr. Kent Daane and I worked on monitoring and controls in California and were asked to visit farms and give lectures on identification and management approaches.” His work in Chile and Spain was similar to his work in New Zealand.

Over the years Bentley has received numerous awards, including the recent San Joaquin Valley Wine Grape Growers Lifetime Achievement Award and the Lifetime Achievement Award at the Ninth Annual International IPM Symposium. He earned the Distinguished Service Award for Extension presented by the UC Division of Agriculture and Natural Resources and The Excellence in Integrated Pest Management Award from the Pacific Branch of the Entomological Society of America.