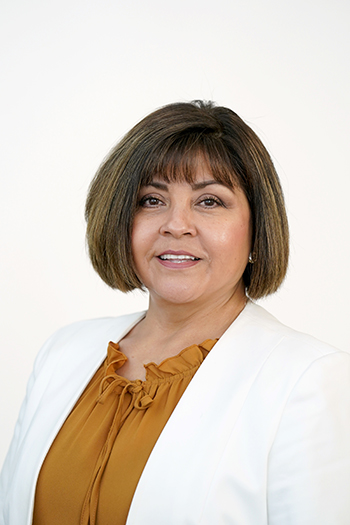 Maria Maldonado vividly remembers moving to the U.S. when she was 13: “It was summer and the sprinklers on both sides of the freeway were going and everything was green and beautiful and clean. In between all of the really difficult things that we were going through, it felt like this would be a good home, that we would eventually be OK.”

Now retired as assistant superintendent of English Learner Programs and Services at Fresno Unified School District, Maldonado was born in Guanajuato, Mexico. Her father was a migrant worker who often came to the U.S. for work, and when he passed away in this country, Maldonado’s mother came to the U.S. for her father’s services. She spent two weeks in Fresno with her brothers and fell in love with the city.

“Around the same time that [my father] passed away, [my mother] was diagnosed with cancer. She learned that she wasn’t going to get better. A year later, she and her brothers arranged for all of her children to come to the United States, because she felt that we would have a better opportunity in life. We came to the U.S. in August 1976, and a couple of weeks after that, she passed away.”

Maldonado and her older sister took on the responsibility of caring for their five younger siblings. At the same time, Maldonado was starting seventh grade and didn’t know any English. She says, “[Through] sixth grade, I never missed a day of school; that was the schooling expectation that my mother had for us. So coming to the United State and not being able to get good grades and master the content was really shocking. Knowing I was going to be earning Ds and Fs for a while, that didn’t feel good. It was not anything we were used to.”

Things improved, and inspired by one of her teachers in Mexico, Maldonado was determined to go to college and become a teacher. After high school, she attended Fresno Pacific University and earned a bachelor’s degree and teaching credential. She taught at Calwa Elementary School in southeast Fresno.

“I fell in love with that job. I taught there for 11 years and I was really happy. There were so many families that were like my family. I knew that was the right place to be. I thought that would be my life.”

The principal at Calwa encouraged Maldonado to dream bigger, and she went back to school. She earned her master’s degree in educational leadership and administration from Fresno State in 2000. “Once I became an administrator, I was invited by my superintendent to come and work in the central office. The first thing he wanted me to do was take over the Department of English Learner Services, and I said no.

“The reason was that I wanted to become a principal first and demonstrate to myself and to anybody else who might question whether I had the skills to lead a school. I really did feel that I had to prove myself over and over and over. Even in my assistant superintendent position at Fresno Unified, I still felt I had to prove myself. There were many times that people would be looking for the assistant superintendent and asked me where she was. People don’t expect you to be who you are in those high positions.”

Maldonado worked as a vice principal, principal and director of school improvement before becoming assistant superintendent of English Learner Programs and Services for Fresno Unified in 2008.

As assistant superintendent, she worked tirelessly to improve the education experiences of English learners and multilingual children -- more than one-third of all Fresno Unified students. She worked with principals and teachers, offering training and support and monitoring new practices to make the most effective learning experiences for students. She coordinated and implemented the district’s intensive reading intervention program for students in fourth through eighth grade. She also coordinated and implemented the use of instructional coaches in English language arts, English language development and mathematics.

Maldonado was key in implementing Fresno Unified’s Spanish Dual Immersion Program, as well as its Hmong Heritage Program, which has a goal of preserving the Hmong language and culture by teaching it to students.

In 2016, Maldonado earned her doctorate in educational leadership from Fresno State. She has stayed connected to the University, teaching classes in the Kremen School’s master’s program.

Since retiring from her role as assistant superintendent last year, Maldonado has been involved with the English Learner Success Forum based in New York. And she is helping teach Spanish to her grandson.