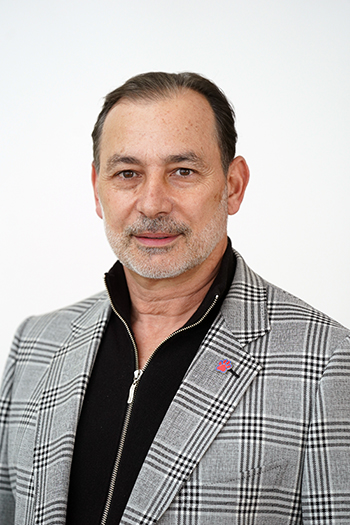 “Fortune favors the bold.” These are the words Kelly Rodriques has carried with him throughout his time as a champion pole vaulter at Fresno State and CEO in the Silicon Valley.

Before playing sports at the collegiate level, Rodriques depended on sports for comfort and stability as a child. His father worked in local politics and frequently moved the family to different areas of California and Oregon. Rodriques said, “[Playing sports] was the key to me surviving … I went to three elementary schools, two middle schools, three high schools. It was just brutal, and I would make friends and fit in by joining the football team, the track team and the basketball team.”

Rodriques, who would be the first in his family to attend college, was encouraged by his father to use his athleticism to get a scholarship for college. Rodriques was on course to join the track team at USC but lost his offer from the school when he didn’t perform well at that year’s big meet. He suddenly didn’t know what his future would look like, but through that failure, he met Bob Fraley, who was then the new track coach at Fresno State.

Rodriques enrolled at Fresno State thinking he would compete in track and later become a teacher and coach, but his plans shifted drastically as he was mentored by Fraley and discovered his own entrepreneurial spirit.

“He taught me a level of discipline and commitment and planning I’d never seen before. I followed his program and went from being top 50 in the nation to being top five [in pole vaulting]. He taught me I could dream huge and go bigger than I ever thought.”

Rodriques was a member of the conference championship track and field team, team captain of the NCAA national indoor championship team in 1986 and a finalist in the U.S. National championship three times. Notably, he represented the U.S. in the 1986 World Games in Helsinki, Finland. He was also one of three Fresno State pole vaulters to hold the NCAA record for three decades.

While a student-athlete, Rodriques also ran a handful of small businesses, including Bulldog Construction and Bulldog Entertainment, which took the Fresno State mascot to different events around the Valley.

Rodriques graduated in 1989 and went to work in the Silicon Valley. After a few years, he was able to start his own company. He has since been CEO of several companies, all of which have gone public through an IPO or sold to bigger companies such as Verizon, Opus Bank and Fidelity Information Systems. Rodriques is currently the CEO of Forge Global, a leading financial technology company with over $10 billion in transaction volume. Over the course of his career, Rodriques has made time to work in other areas outside of Silicon Valley. He went to Hollywood and produced three feature-length films, and often coaches youth athletics.

“Over the last 20 years, I’ve been CEO for five-year blocks of time … and then I’d take a year off. Each time I took a year off, I’d go back and coach either football or pole vaulting … I still think that there’s something beautiful about being able to coach people.”

“When I reflect on the people in the Central Valley that helped me out, I think about the kids that can’t afford to go to college or barely get into school. How many of them have the potential to do amazing things and just don’t get a shot? I wonder what could they do if they had that shot? I want to do everything I can to help.”