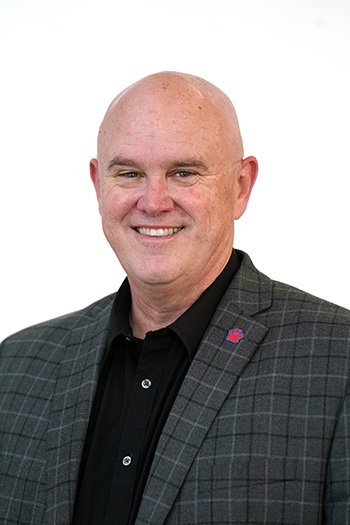 “I’m all in for Fresno,” Bob Nelson likes to say.

As the superintendent of Fresno Unified School District, Nelson believes in the power of education to combat the negative connotations people associate with Fresno. He says, “We have systemic poverty in the Valley, and education is the ticket out … My job is to make sure that every single door is available to [students] to do the widest array of things. This is like a calling for me: to try and make things better.”

Nelson, originally from Sacramento, earned his bachelor’s degree at USC in 1991. He met his wife in Fresno that same year, while singing at his cousin’s wedding. Nelson moved to Fresno and began working as a sixth-grade teacher at Burroughs Elementary School that fall.

After earning his master’s degree in Educational Administration and Supervision from Fresno State in 1996, he held positions as a resource teacher, technology specialist, vice principal, principal and human resources administrator. In 2012, he became the superintendent of Chawanakee Unified School District in Madera County.

While advancing in his career, Nelson also grew his family. He and his wife have three biological children and four adopted children. They have fostered eight children over the years, and he is an advocate for foster children and children with disabilities.

Nelson returned to Fresno Unified in 2015 and became the district’s superintendent in 2017. With Fresno Unified the third largest district in California and the second most impoverished in the U.S., Nelson feels the pressures of his job, saying, “I’m committed to creating a generation of kids that do not automatically associate deficit thinking with the term ‘Fresno.’”

A big part of Nelson’s work involves building bridges between Fresno Unified and Fresno State. The most significant connection is the Teacher Residency Program. Implemented seven years ago, the program involves training of future educators by Fresno State faculty and leaders in Fresno Unified, with a guarantee of a teaching position in the district after graduation. There are approximately 320 residents currently enrolled in the program, making Fresno Unified the employer of the largest number of graduates from Fresno State’s Kremen School of Education and Human Development.

Another link is Fresno Unified’s annual celebration for its high school seniors who will attend Fresno State after graduation.

Outside of his role as superintendent, Nelson also stays connected to Fresno State through the President’s Commission on Teacher Education and participation with Fresno State’s annual Day of Giving. He taught classes in the Kremen School from 2012 to 2017.

In 2018, Nelson earned his Doctorate in Organizational Change and Leadership from USC.

More recently, Nelson has implemented programs in Fresno Unified that make pools, playing fields and libraries at various schools open to students during the summer, as well as programs to provide free meals to students. Nelson has continued to create and utilize similar programs during the course of the pandemic, supplying students with access to the internet and food. “We’ve served nine million meals since the pandemic hit,” he says.

Nelson’s commitment to students and bettering the community is something he learned from his parents. “They showed their love for their community through service, and I’ve taken that and made that my mantra, too: If you want to be happy in this life, spend a lot less time worrying about your own happiness. Go out and serve others and you’ll find happiness on that journey.”

The Fresno Unified Family – including teachers, staff, the board of education, parents and students – would like to congratulate Superintendent Bob Nelson on his Top Dog Award for the Division of Graduate Studies. Thank you for your leadership!