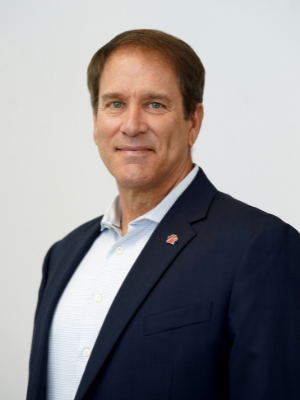 Before he served as director of Fresno County’s Public Health Department and led the public through the early stages of the COVID-19 pandemic, David Pomaville was a student at Hoover High School, not sure whether or not he’d go to college.

Pomaville said, “I was very interested in wood and metal working, not science and math. I enjoyed being outdoors, exploring the Sierra Nevada mountains, hiking and backpacking. As my friends all made plans to attend college, I got some good advice from a high school counselor to try attending Fresno State. I applied in 1981 and was admitted.”

“Not knowing my career path, I took courses in biology, botany, criminology and geography…Science became my focus, and I planned to major in biology and pursue a career in forestry. After meeting with Dr. Richard Haas, he recommended I explore environmental health as an option — the job market was much better.”

In 1986 Pomaville became the first in his family to graduate from college, as he earned his degree in health science. He was then able to register with the State of California as an environmental health specialist, and quickly began working as a health inspector in Kings County.

Pomaville then went to work for Fresno County, where he served for about 30 years in various capacities. Initially Pomaville worked in the environmental health division of the Public Health Department, focusing on the development of programs to manage hazardous materials and waste. He then took a position in Fresno’s Flood Control District.

In 2011, he returned to the environmental health division of the Public Health Department, and a year later was asked to serve as the director of the department.

“It was a big challenge. I knew environmental health very well but public health is a diverse and complex field. In Fresno County there were six major program areas, and each presented really big challenges.”

“One of the programs that the county public health department was responsible for was the jail medical program. Many jails in California were facing significant scrutiny about the level of health care in those systems…I immersed myself in that issue. I worked very hard to work with the sheriff’s office to improve health care, both behavioral and physical health care in the jail.”

Another aspect of Pomaville’s position as director was preparing the community for natural disasters.

“In 2015 there was a major fire in Fresno County, the Rough Fire. We don’t remember it like we do the Creek Fire because there wasn’t as much impact to primary residences, but we came out of that and we recognized that we, as a county, weren’t as prepared as we should be.”

Pomaville partnered with other counties in the Central Valley to declare a state of emergency regarding the high mortality rate of trees in the area, in hopes of addressing the cause of mortality and clearing debris, so that if another wildfire were to occur there would be minimal damage. He also worked with various agencies within Fresno County to form relationships and a disaster plan within the community. “I took on bringing together the department of social services, behavioral health, animal control, Red Cross, emergency services and so forth. We actually did some exercises and planning for a major catastrophic wildfire. And the planning became reality when the Creek Fire started.”

“It was very disheartening to see the amount of destruction that occurred. But I was really uplifted by the way that people responded and the planning that we had done and the connection that we had made in the community; I’m really proud of the work we did there.”

With the onset of the pandemic, Pomaville rose to the occasion and led the public through the first 18 months of an unimaginable health crisis. He coordinated with local and federal agencies to develop and implement quarantine and testing protocols throughout Fresno County. Pomaville also oversaw the construction and work of the temporary testing laboratory housed at Fresno State while the county’s lab was under repairs after a severe flood. And once vaccines were approved, Pomaville oversaw their distribution to the public and managed messaging to counter misinformation and educate Valley residents.

Pomaville’s approach to public health relied on a whole community perspective.   “There are pillars of public health, and it really starts with the individual understanding their own health responsibilities and what they need to do. It’s about supporting the family…working with our business community… partnering with our schools…communicating with our faith-based organizations…and then of course being part of the health care community. We believed that these pillars had to work together to be successful…I knew that if we made sure everyone was connected we could get through this, so that’s the approach we took.”

Because of Pomaville’s leadership and implementation of safety measures, Valley residents have been able to return to the workplace and school.

Pomaville stepped down from his position with the Public Health Department in May 2021. For his service to Fresno County, he was recognized and honored with a certificate from Congressman Jim Costa.